Following is Dad’s obituary that was published in the Morning Advocate. 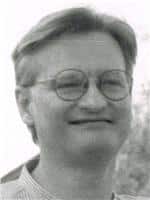 Walter Hosea Eisworth, M.D. was born on May 31, 1944. He died on Sunday, July 12, 2015 at age 71. He graduated from Istrouma High, LSU, and LSU Medical School. He was a pediatrician for 30 years for the children of Zachary and surrounding areas. He is survived by the mother of his children and best friend, Marcia Arnold Eisworth, and his four children: Todd, Elizabeth, Seth, and Asher. He is also survived by his brother, Robert Eisworth, 11 grandchildren, and one great grandchild. He was preceded in death by his parents: Walter Jones Eisworth and Indiana Marie Turner Eisworth, and his sister Judy Eisworth McBride. Visitation will be Saturday, July 18 from 9am-12pm and services to follow at 12pm at The Rock Church, 20810 Plank Rd, Zachary, La 70791. Interment immediately following at Roselawn Cemetery, 4045 North Street, Baton Rouge, La 70806. In lieu of flowers, please consider a donation in his honor to The Children’s Miracle Network or a charity of your choice